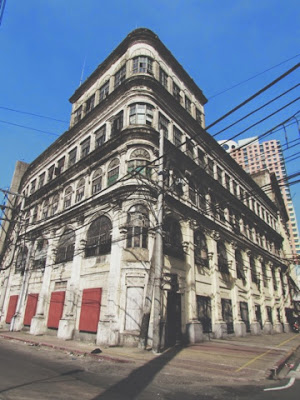 The El Hogar Filipino, one of the city's oldest American era structures, now on the verge of destruction. © Historic Preservation Journal

'Every building has its own story'. Yes, everything, from people to buildings, each has its own story to tell. Structures, though they are non-humans, have also experienced what humans had experienced, such as wars, revolutions, calamities, etc. Buildings, especially old ones, are reminders of a particular era that they were in. So, they are meant to be preserved as they are our physical gateway to the past. The City of Manila boasts many structures that tell stories, many of which have seen the capital transform from an ever loyal Spanish city, to a vibrant American Pearl of the Orient Seas, and to a colorful yet chaotic capital of the Philippine Republic.


The El Hogar Filipino Building is one of those structures that tell stories of the past. The building has seen numerous events, from the American insular government to the Philippine Commonwealth, from the Second Philippine Republic to the liberation of the city, and finally the independence of the country in 1946. 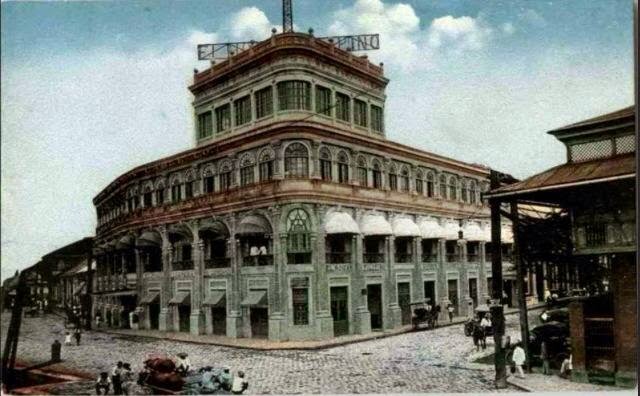 The El Hogar, known in Spanish as the Edificio El Hogar Filipino, is a five-storey office building designed in the beaux-arts/renaissance/neo-classical styles of architecture. Located along Calle Muelle dela Industria by the Pasig River, the El Hogar is flanked by the First City National Building on the right, and the Hong Kong and Shanghai Bank Building on its rear and was designed by Spanish-Filipino engineer Don Ramón José de Irureta-Goyena Rodríguez. The El Hogar was built sometime between 1911 and 1914, which it was said to be a wedding present in celebration of the marriage of Doña Margarita Zóbel y de Ayala, sister of patriarch Don Enrique Zóbel y de Ayala, and Don Antonio Melián Pavía, a Spanish businessman who was titled as the Conde de Peracamps.

The El Hogar Filipino was owned by Spanish businessman and Conde de Peracamps, Don Antonio Melián Pavía. According to the Cornejo's Commonwealth Directory, Melián was born in the Canary Islands in Spain on May 21, 1879. From Spain, he sailed to Peru in 1903 where he held posts in the insurance company La Previsora and in the Casino Español de Lima. In 1907, he married Don Enrique's sister Doña Margarita Zóbel y de Ayala. In 1910, he sailed from Peru back to the Philippines and established the El Hogar Filipino and the Filipinas Compañía de Seguros together with his brothers-in-law Enrique and Fernando Zóbel y de Ayala. 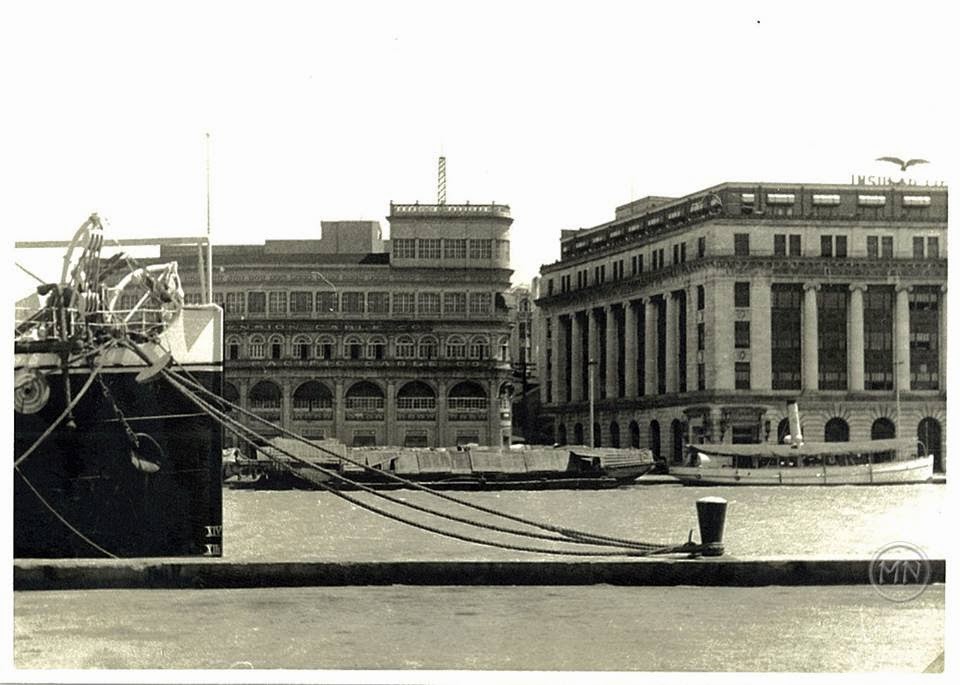 The El Hogar (left), and the First City National Bank Building (right) viewed from the other side of the Pasig River. © Manila Nostalgia/Ingrid Donahue via Lou Gopal 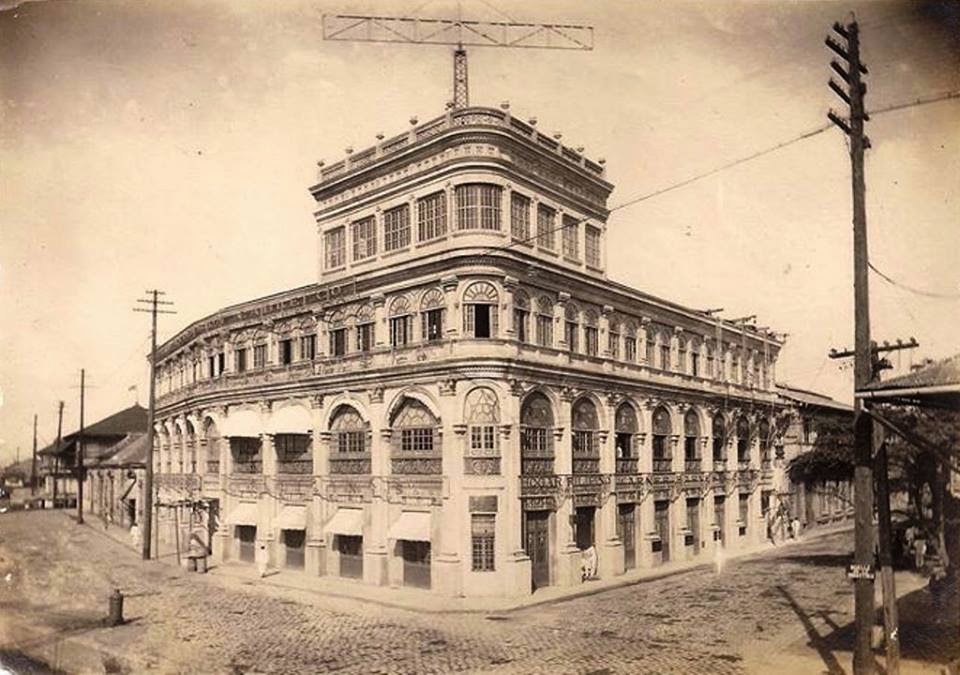 The El Hogar during the 1920s. © Philippine History and Architecture

One of the building's interesting features is that the building has its own garden courtyards, not one, but two. Another feature that make the El Hogar unique was its mirador, or balcony. From the El Hogar's balcony, one can see the Pasig River, the southern part of Manila, which includes the walled city of Intramuros, Ermita, and Malate. Also, the El Hogar's staircase is considered as one of the most ornate in the city, with a sculpted mythical griffin, as its base. 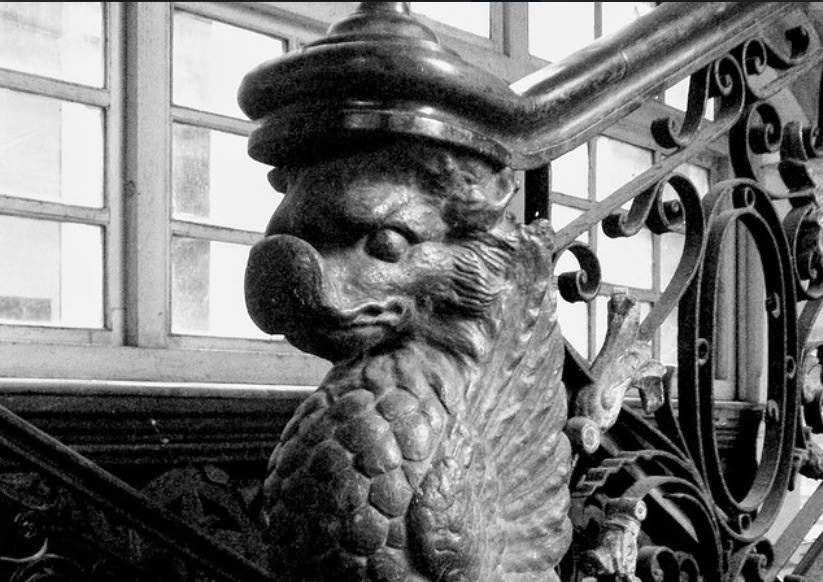 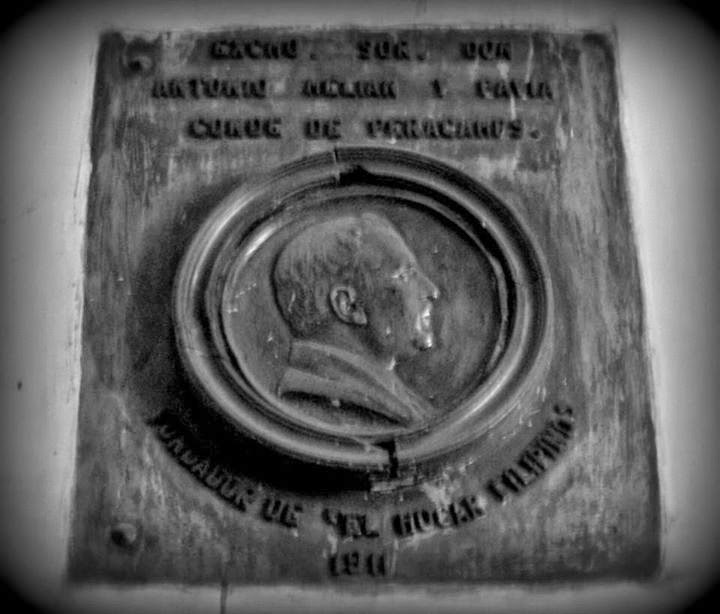 A memorial plaque in which encases the El Hogar's time capsule. The plaque reads: Excmo. Sr. Don Antonio Melián y Pavía, Conde de Peracamps. Funadador de 'El Hogar Filipino' 1911. It has been reported that the plaque has been removed, and so as the time capsule. © Manila Nostalgia/Stephen John Pamorada

The El Hogar survived the Battle of Manila in 1945 and only suffered minor damages. In the post-war years, the lending company El Hogar Filipino had closed down, along with other Melián businesses, leaving only the Filipinas Compañía de Seguros. Because of this, the Meliáns sold the El Hogar to the Fernandez family, and the El Hogar was rented out to other companies. The building was finally abandoned as an office building some decades ago. Since the Muelle dela Industria area had a chaotic, Brooklynesque vibe, it became the set for films and television shows. 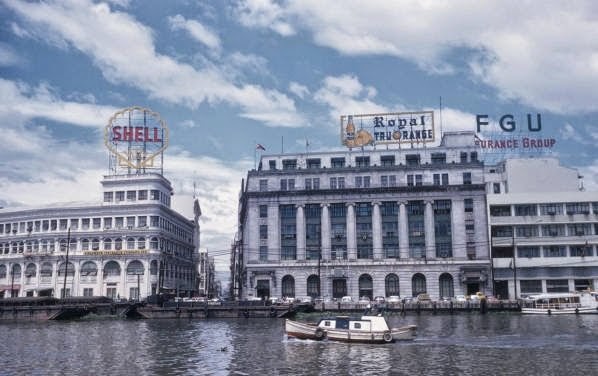 Just this year, news involving the El Hogar sparked when it was reported that it was sold to a Chinese-Filipino real estate developers, which reported that it will demolish the El Hogar because of the building's stability, and be turned into a condominium. The news spread like a wildfire throughout heritage conservationists, cultural advocates, and ordinary citizens alike. Heritage conservationists had written to both the city government of Manila and the National Historical Commission of the Philippines, or NHCP, to stop the demolition of the El Hogar. Because of this, a petition to stop the demolition was created. As of today, 730 supporters have already signed the petition. The new owner of the El Hogar however, who was not named, said that they do not have plans of demolishing the El Hogar, but will use it as a warehouse instead. 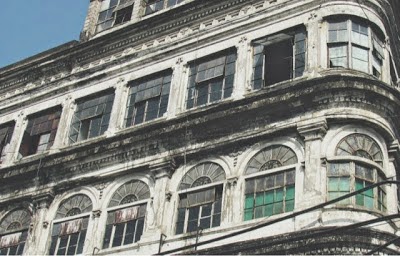 Details of the El Hogar. One can see the beaux-arts elements such as arched windows present in the building. © Historic Preservation Journal 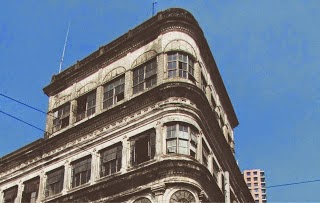 The El Hogar's mirador gives it a unique charm, and one can view the Pasig River and other areas of the city. © Historic Preservation Journal

It is our responsibility as citizens to preserve and take care of the built heritage our forefathers left. They may seem not significant to many, but they also have witnessed numerous triumphs and challenges the country experienced. They may be inanimate objects, but they also have its own character and its own story to tell. If these buildings could talk, we believe that they are pleading to us citizens right now to help save them.

At Arquitectura Manila, we educate Filipinos of our glorious architectural past through this website. As heritage conservation advocates, we believe that all heritage structures, not just the El Hogar, be given justice as it we are only its caretakers. If the El Hogar was to be restored, it should be turned into something productive, just like its neighbor First City National Bank, maybe something like a boutique hotel, or New York-style apartments with cafés and restaurants on its lobby. And, who knows, the El Hogar may be host to the country's first standalone luxury boutique?
Posted by Paulo Rubio at 8:55 AM