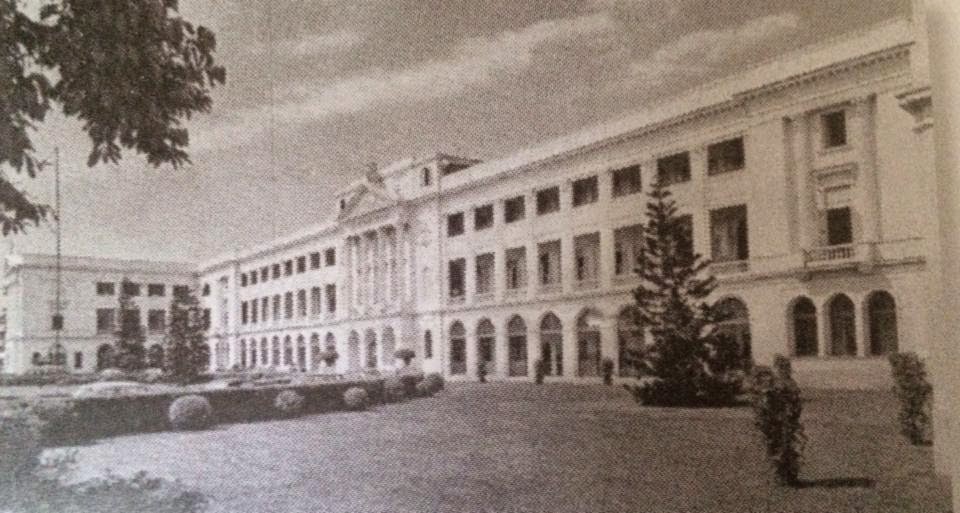 Many have either walked past by this building or have walked through its halls. This outstanding structure is the epitome of institutional architecture in the Philippines, mainly because of its classical ornaments such as its white-washed walls and spacious halls. The St. La Salle Hall embodies the spirit of not just of the green and white, but also embodies the triumph of Catholic education in the Philippines.

Lasallian education in the Philippines was established in 1910 when the pioneer brothers arrived. It was not until in 1911 when the Brothers opened a school, which was then called the De La Salle College, at the Pérez Samanillo compound in Calle Nozaleda in Paco. Ten years later, as the student population began to increase and due to the lack of space, the De La Salle College moved to a much wider lot in the southwestern part of the city, along Taft Avenue in Malate. 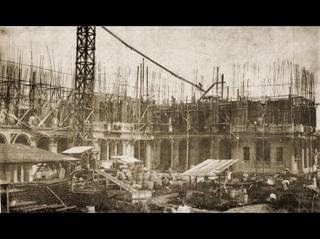 A competition for the design of the new school building was initiated by the Lasallian brothers. Tomás Mapúa, a pensionado architect, won the competition against nine other entries and was awarded with a prize of P5,000.00. Mapúa is the country's first registered architect who was one of the first-generation pensionado architects who studied abroad. Educated in Cornell University in New York, he became one of the country's leading architects during the pre-war years, with projects such as the De La Salle University's St. La Salle Hall and the Philippine General Hospital. 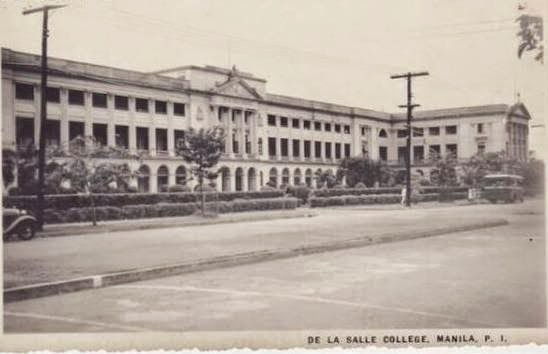 According to an article by Arch. Augusto Villalon on the Philippine Daily Inquirer, the St. La Salle Hall is the only Philippine structure to be included in the coffee-table book 1001 Buildings You Must See Before You Die: The World's Architectural Masterpieces. Denna Jones, one of the book's contributors, Denna Jones, have written about the St. La Salle Hall as an epitome of classical and imperial style of architecture not just in the Philippines but also in Southeast Asia.

"Wide, open-air portico wings extend from either side; the square openings on the third floor balanced over the rectangular openings of the upper floors? balustrade level. Corinthian pilasters and a dentiled cornice unite the floors between each arch."

"The interior quadrangle is similarly ordered but stripped to basic flat elements without benefit of pediment and entablature. A later addition of an exterior green metal slope-roof walkway wraps the ground level on the quadrangle side. The ground floor interior offsets Corinthian grandeur with the geometric simplicity of Tuscan columns, and a square coffered ceiling." (excerpt from Inquirer.net, original text by Denna Jones) 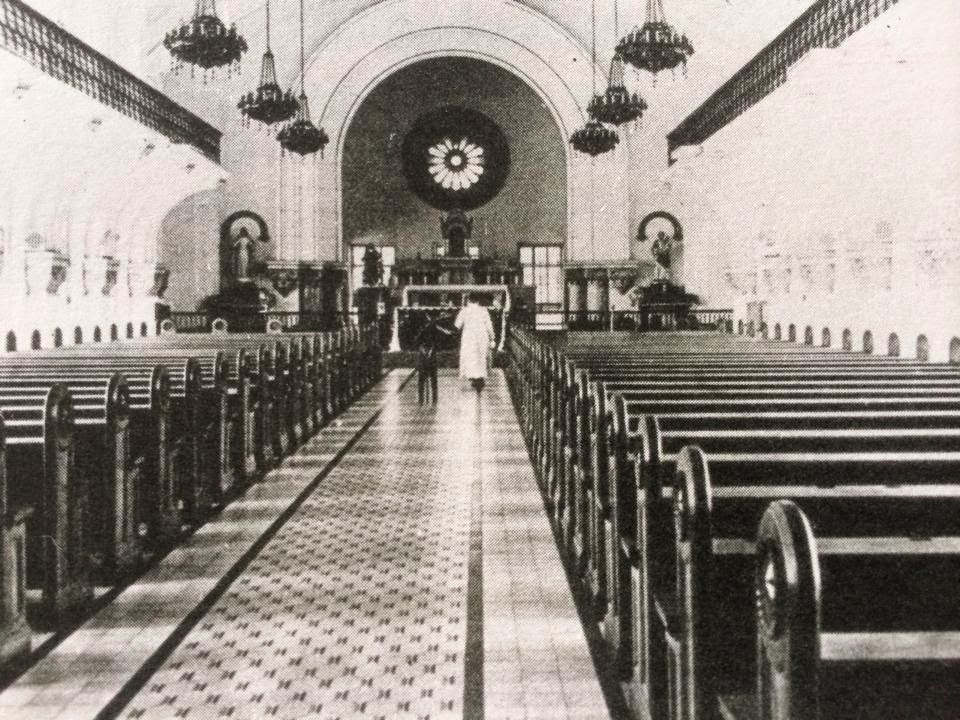 The Chapel of the Most Blessed Sacrament. © Manila Nostalgia/Isidra Reyes

In 1939, an addition was made to the St. La Salle Hall. Mapúa added a chapel on the western-most side of the building. After its completion, it was named as the Chapel of the Most Blessed Sacrament and was dedicated to St. Joseph.

The years 1941 to 1945 were bitter years for the Philippines. The country was unexpectedly and forcibly dragged into war as the Japanese landed on Philippine soil. The capital city, Manila, was bombed by enemy planes. So, La Salle, being located at the far end of the city and being far from the city center of Binondo, Ermita and Sta. Cruz, became a center of refuge for civilians. 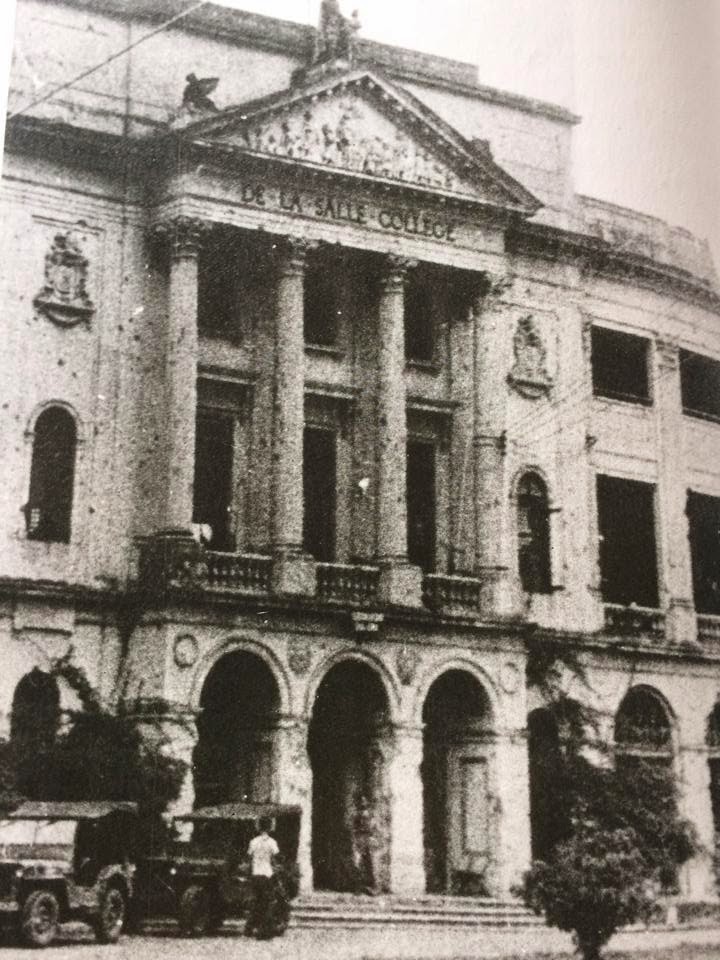 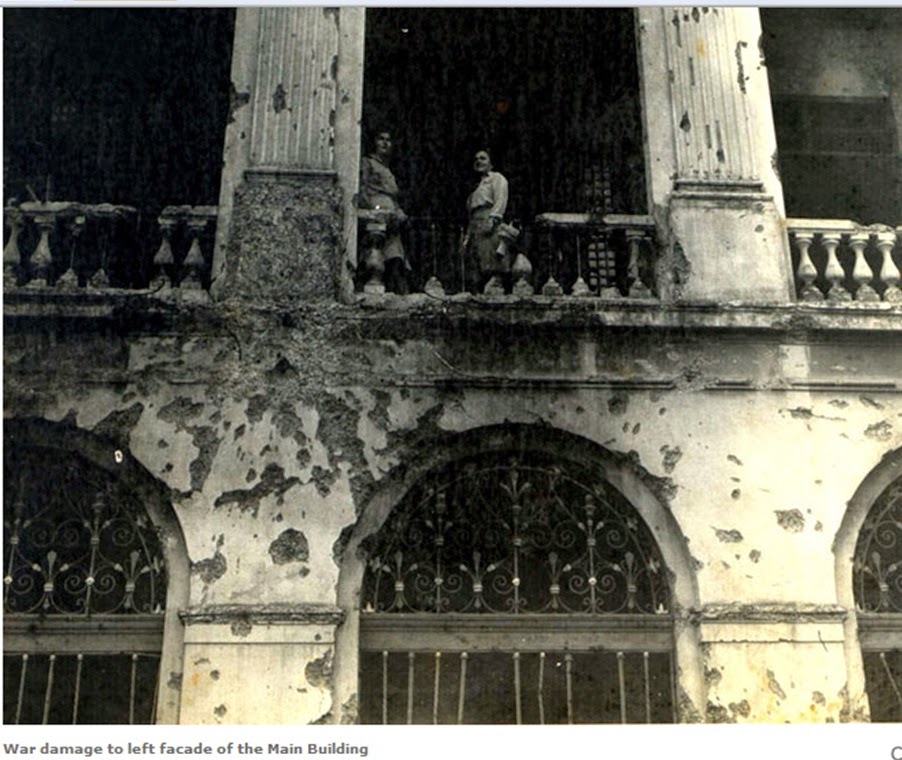 The Battle of Manila devastated and greatly reduced the Pearl of the Orient Seas into rubble. More than eighty (80) percent of the city's structures were either damaged or ruined. For the civilians, the date 12 February 1945 will forever be etched into their memories. It was when twenty-five (25) civilians and sixteen (16) Lasallian brothers were brutally massacred by the fanatical Japanese forces who vowed to fight to the death in the name of the Shōwa Emperor, known by many as Emperor Hirohito. After the liberation of the City of Manila, the St. La Salle Hall was in shambles. Its exterior shelled by belligerent forces, and its halls filled with the stench of death coming from the dead bodies massacred by the Imperial Japanese Forces. Shortly after, the surviving Brothers began to put La Salle back on its feet, introducing more programs into its curriculum offerings.

At present, the St. La Salle Hall is now returned into its former glory by demolishing the front structure which housed the Marilen Gaerlan Conservatory. Because of the demolition, the University would now have an additional green breathing space.

St. La Salle Hall at night. The Marilen Gaerlan Conservatory has not yet been demolished at this time. © iBlog La Salle

In its 103 years of existence as one of the premiere universities in the Philippines, the De La Salle University's St. La Salle Hall gives us stories to tell, stories that will forever be etched on its halls. The St. La Salle Hall is a witness to the country's colorful past, from the dark days of war to the liberation of an occupied nation, and will still be a witness to the progress of the nation in the future. 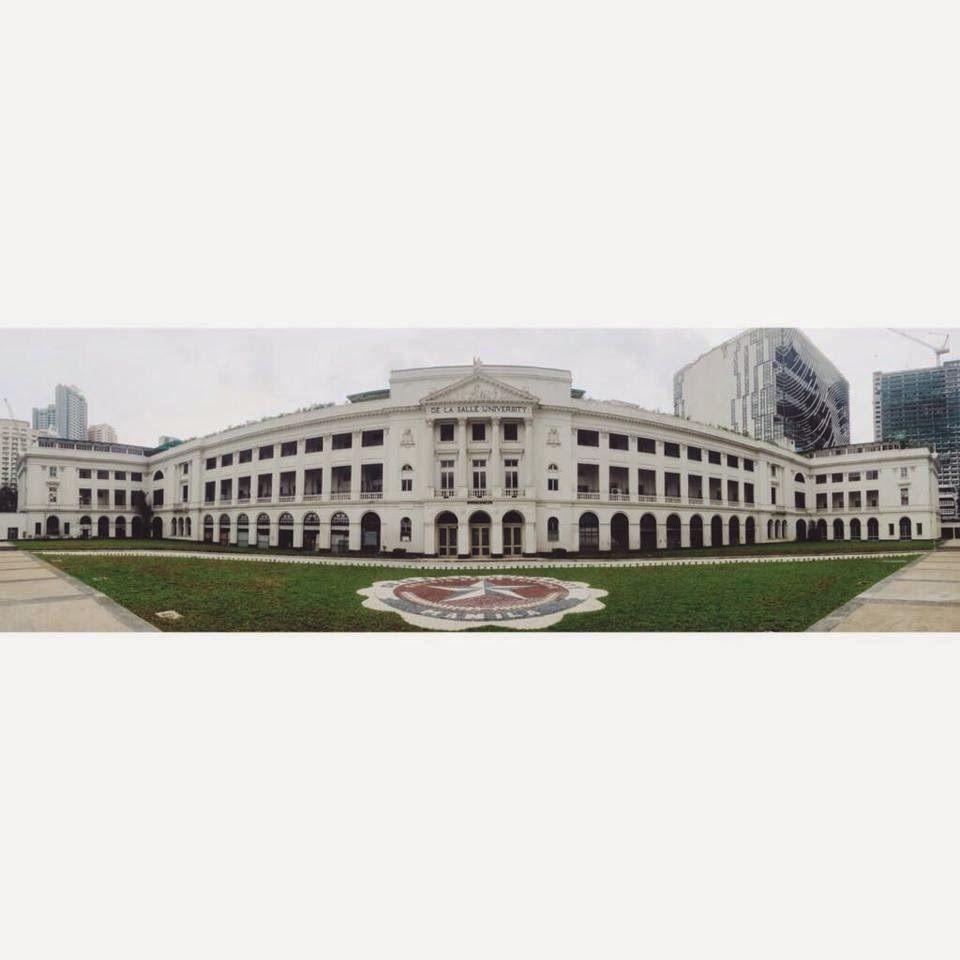 The St. La Salle Hall with the Marilen Gaerlan Conservatory demolished. © Aaron Sumayo
Posted by Paulo Rubio at 10:33 AM