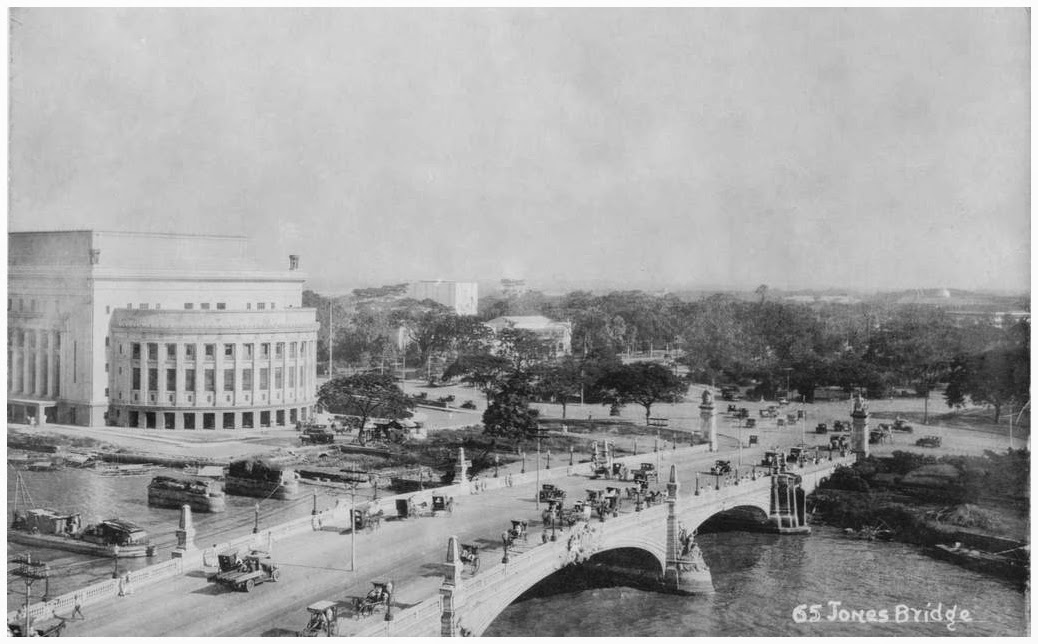 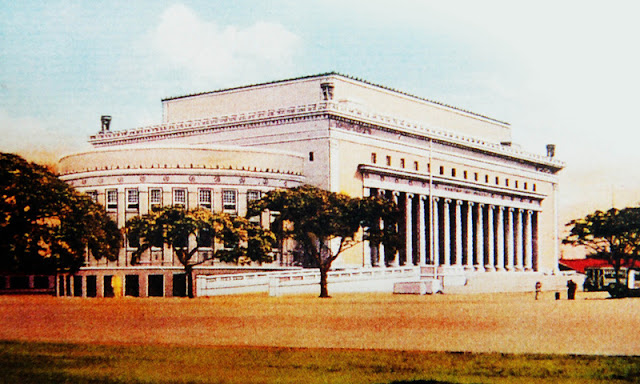 The Post Office during the American Occupation. © Arkitekturang Filipino


The Manila Post Office Building stands proudly along the banks of the Pasig River and has witnessed many of the nation's historical events, from the American occupation to the Battle of Manila in 1945 up to the present time. Its elegance made Manila the 'Best City in the Far East'. Constructed in 1925 and designed by the great Juan Arellano, together with American Ralph Doane and fellow Filipino Tomas Mapua, is built in neo-classical architecture, which is one of the greatest examples of American colonial architecture in the Philippines. 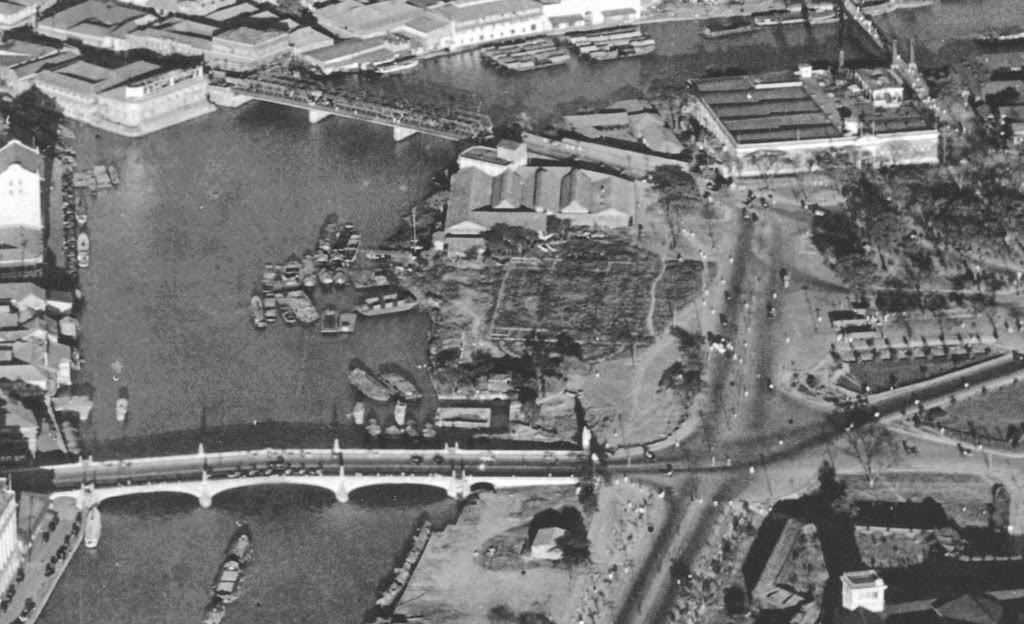 The Post Office building was only one of many government edifices envisioned by the famous American urban planner Daniel Burnham. His plan was to pattern Manila after Washington DC and make it the 'Paris on the Prairie'. According to Filipino urban planner Paulo Alcazaren that "He (Burnham) placed the National Capitol at the Luneta with supporting offices around it, and even more government offices in a string composed of the National Library, the National Museum, the National Exposition Building (the Philippine equivalent of the Smithsonian Institution in Washington DC), and finally the National Post Office by the river". The Burnham Plan of Manila was not able to be realized because of then Commonwealth President Manuel Quezon making a new capital of a much-larger and grander scale which is now Quezon City. 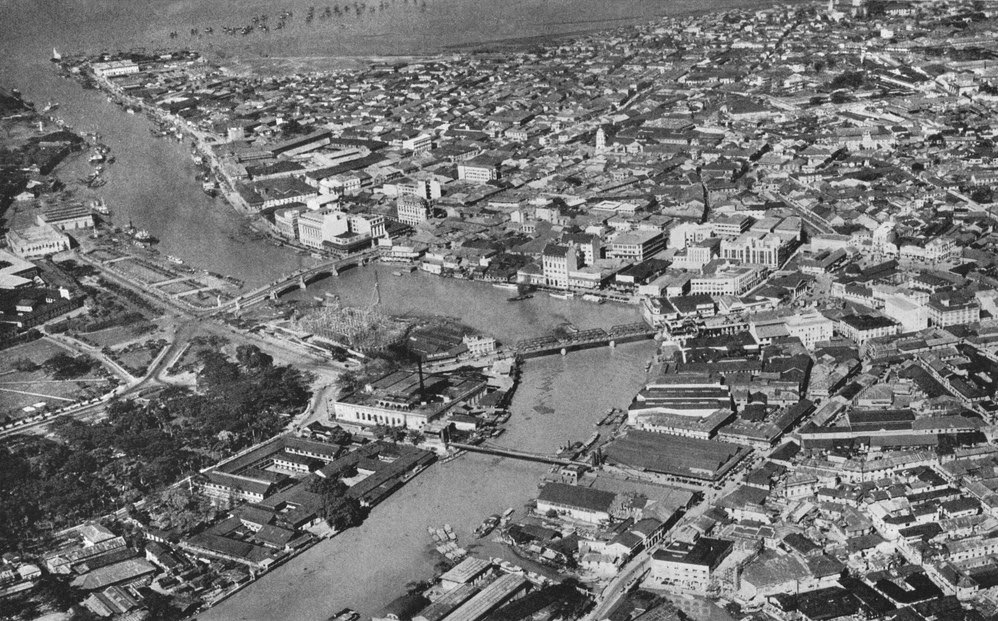 Aerial view of the northern part of the city as construction for the Post Office Building is underway. © Lougopal.com/Manila Nostalgia

The Post Office Building sits along the banks of the Pasig River and by the Plaza Lawton across. It is flanked by the Manila Metropolitan Theatre to its northwest, two bridges spanning the Pasig River, the Jones and the Sta. Cruz (now MacArthur) bridges which serve as entry to the then-grand Taft Avenue with its tree lined walkways. The Post Office Building has a rectangular shaped mast adorned with fourteen Ionic columns and has two semi-circular drums on both sides has an atrium in the middle which provides natural light and ventilation. 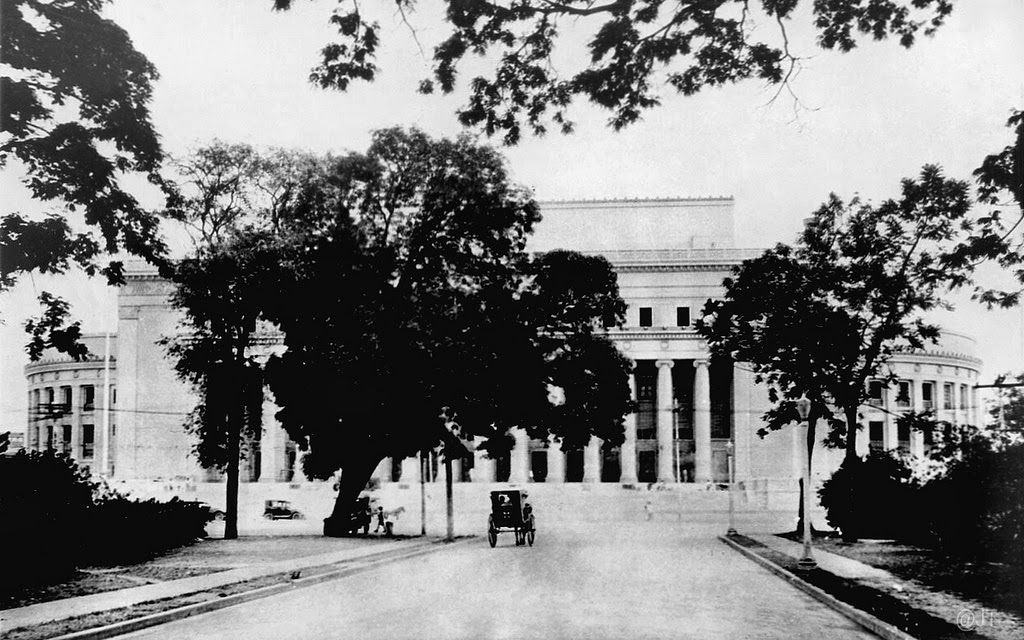 A perspective of the Post Office Building drawn by its architect, the great Juan Arellano. © Arkitekturang Filipino

After its completion in 1931, the Post Office Building won praises abroad, as far as New York from the famous Mckim, Mead and White. 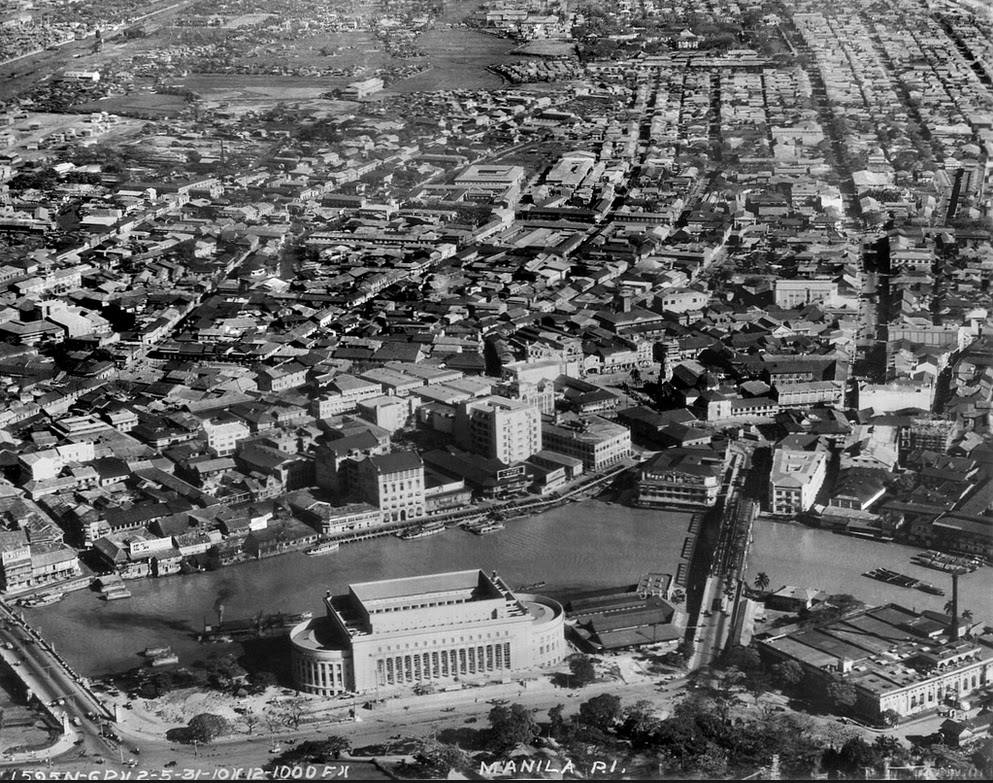 Aerial view of the City of Manila and the Post Office Building, after its completion in 1931. © Lougopal.com/Manila Nostalgia

The Post Office Building survived its pre-war beauty until in 1945, the Battle of Manila occurred. The building became a Japanese fortification because of its massive size and thick walls. Artillery from the American forces bombarded the Post Office until the Japanese had retreated towards the Walled City of Intramuros. 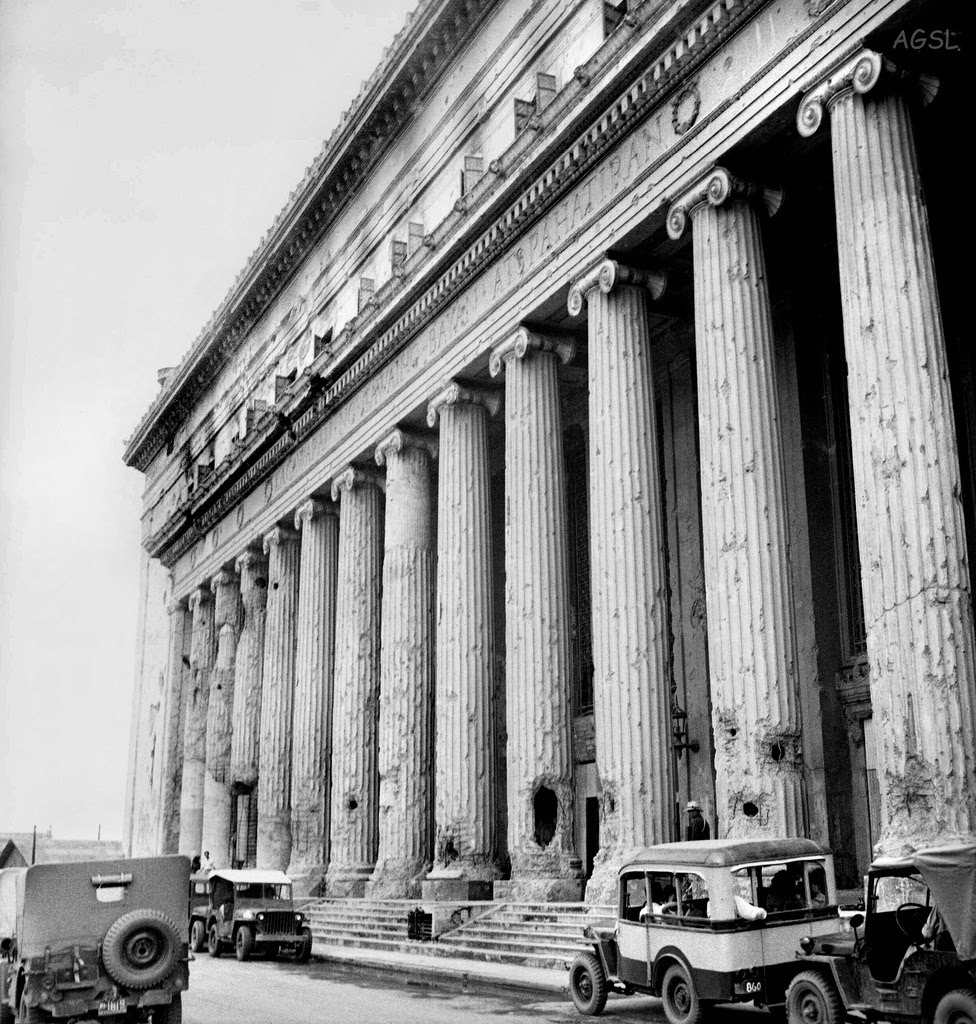 The Post Office's facade during the Battle of Manila in 1945. Manila was the second most devastated city after Warsaw. © Flickr/John Tewell 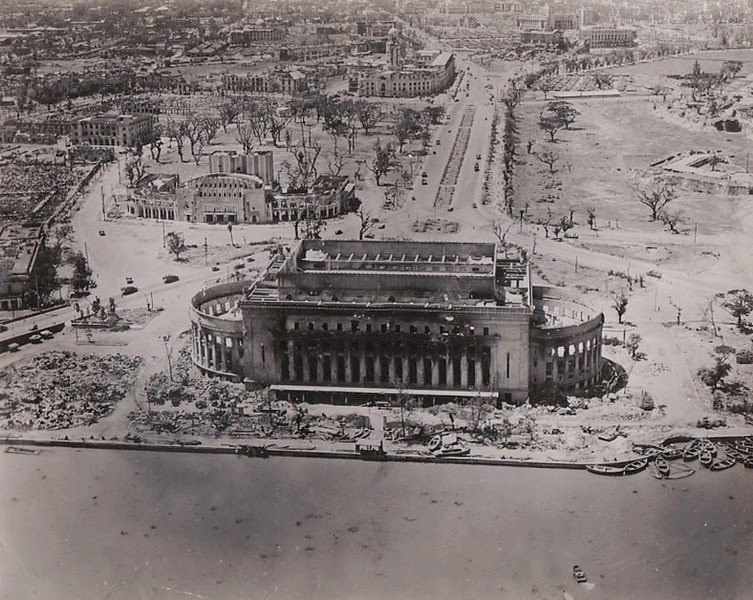 Aerial view of the ruined Post Office Building from the Pasig River. The Metropolitan Theatre can also be seen. © Lougopal.com/Manila Nostalgia

The liberation of Manila in March 1945 had cost more than one hundred thousand civilian deaths and eighty percent of Manila's buildings were destroyed. Government edifices such as the Legislative Building, Manila City Hall, University of the Philippines and the Post Office Building were either burned or obliterated. Manila's reputation as the 'Most Beautiful City in the Far East' was completely wiped out within a month of fierce fighting. 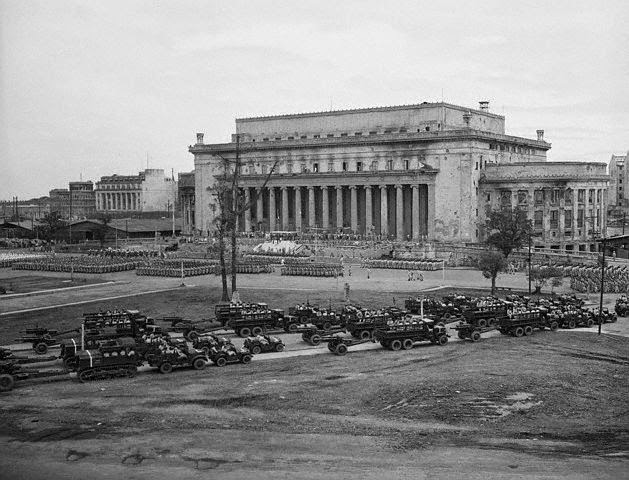 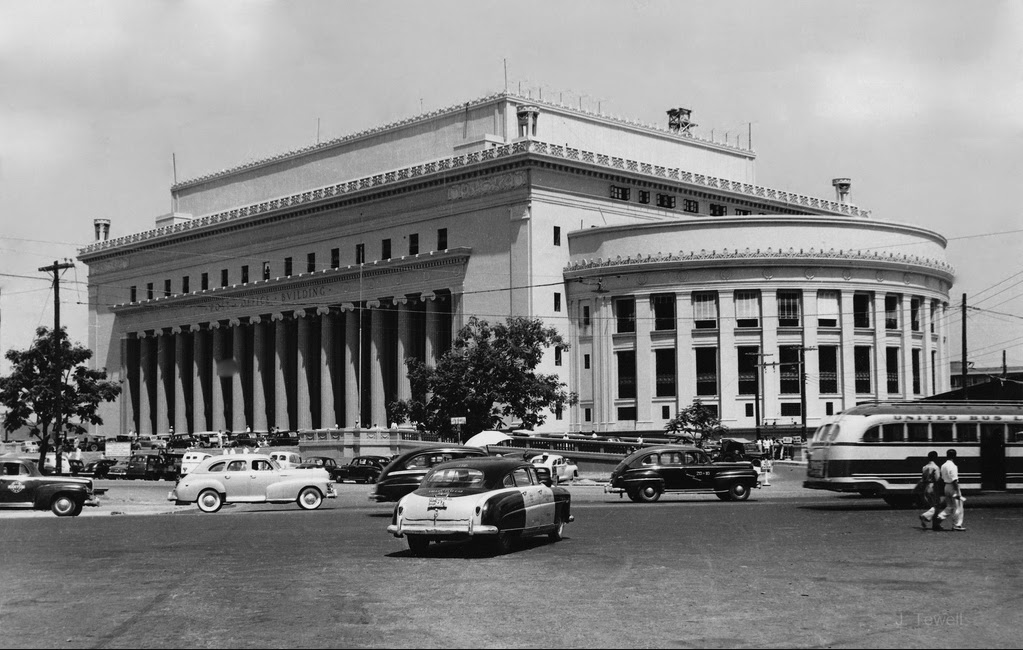 The Post Office Building after its reconstruction, c.1950. © Lougopal.com/Manila Nostalgia

In 2012, a government official said that there are plans for converting the Post Office Building into a five-star hotel. The group behind the Fullerton Hotel in Singapore, which was also a post office, is in talks with the Department of Finance. The Philippine Postmaster General explained that the maintenance cost of the building is too much and due to advancing technology, fewer people are sending mail the traditional way. 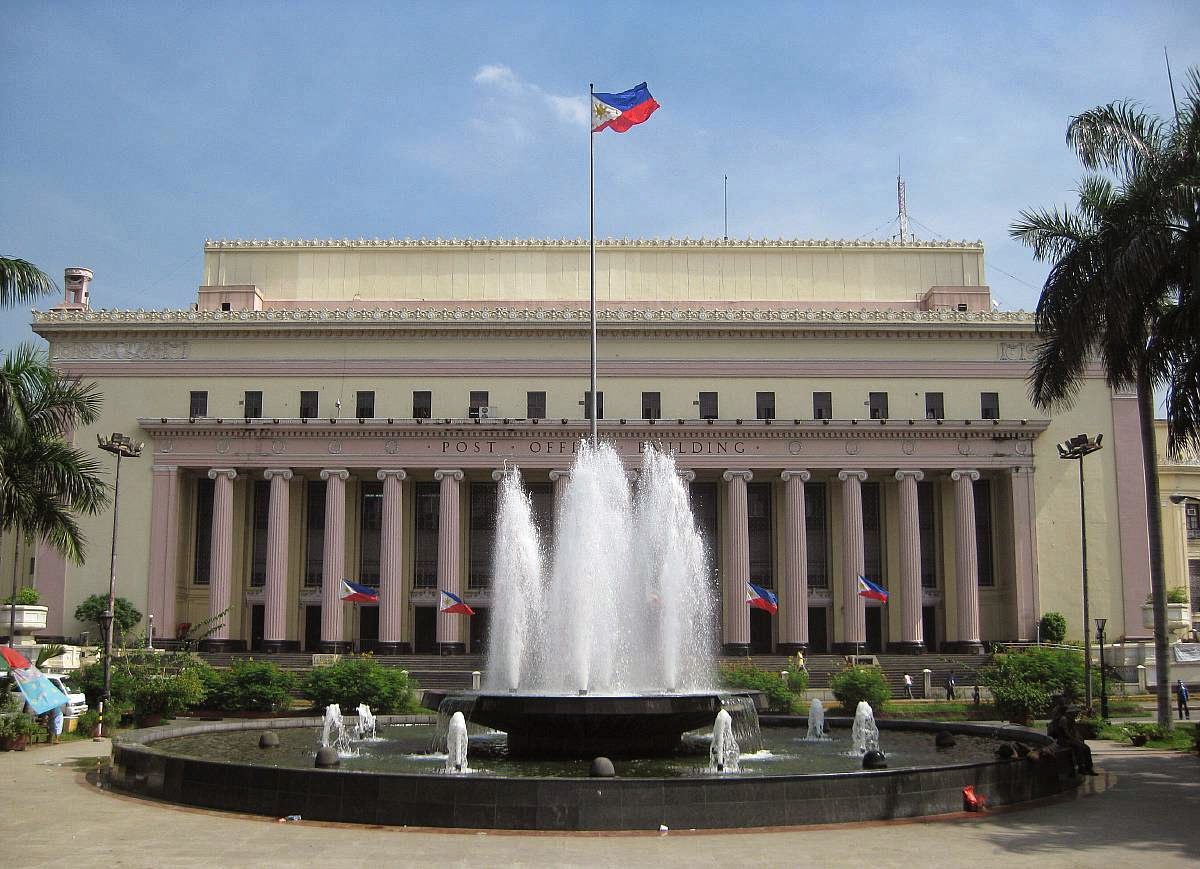 The Post Office Building in the present time. © Philippinetrivia.com
Posted by Paulo Rubio at 10:21 PM