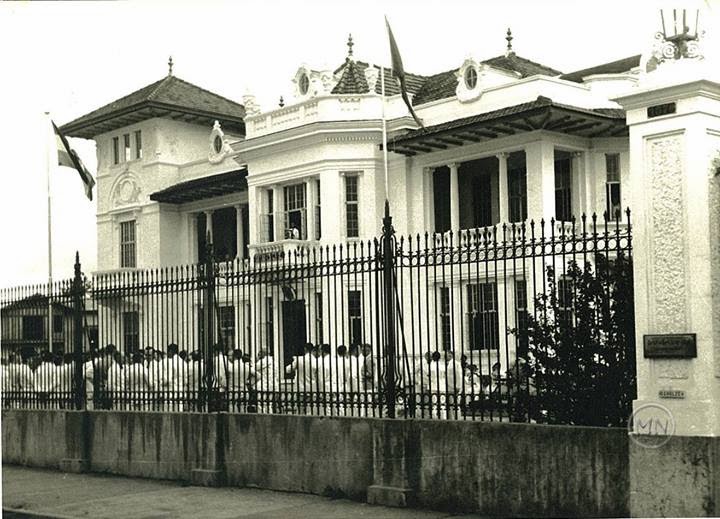 This may be considered as one of the most beautiful yet controversial home in Manila. The Laperal Mansion, now the Arlgeui Guest House, sits along Calle Arlegui in San Miguel, only a few blocks from Malacañang Palace, the official residence of the Philippine president.

Before World War II broke out in the Philippines in 1941, the mansion served as the consulate of Nazi Germany. Yes, you heard it right, Hitler's Nazi Germany. Other sources say that before the mansion became the German chancellery, it was known as the Blair Mansion, named after an American military officer who lived in the property.


Japanese occupation came into the islands in 1942. During their three-year occupation, the house served as the residence of Speaker of the Assembly Benigno Aquino Sr., grandfather of current president Benigno 'BS' Aquino III. There are conflicting reports about the veracity of this story. 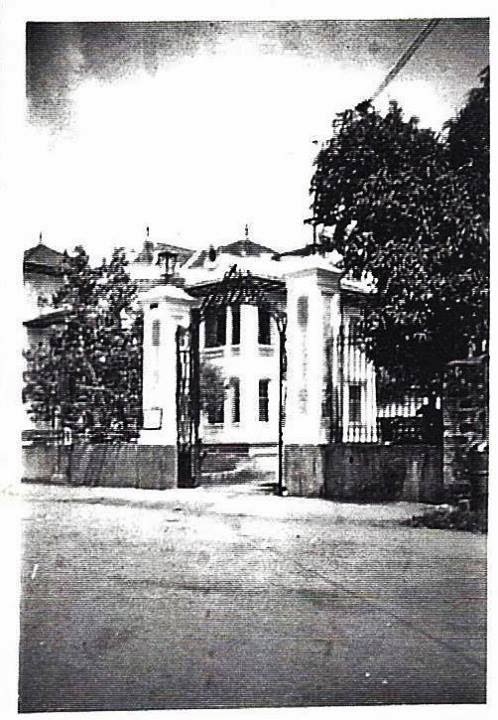 The German Consulate in 1945 after the Battle of Manila. According to reports, all Germans inside the consulate were killed by the Japanese. Ⓒ Manila Nostalgia/Meg Jmp

In 1945, the Battle of Manila brought destruction to the capital city. During the month-long battle, the Japanese massacred about 100,000 civilians, including the citizens of Japan's allies Germany and Italy. Reports say that all Germans who were sheltered in the consulate were massacred by the Japanese. 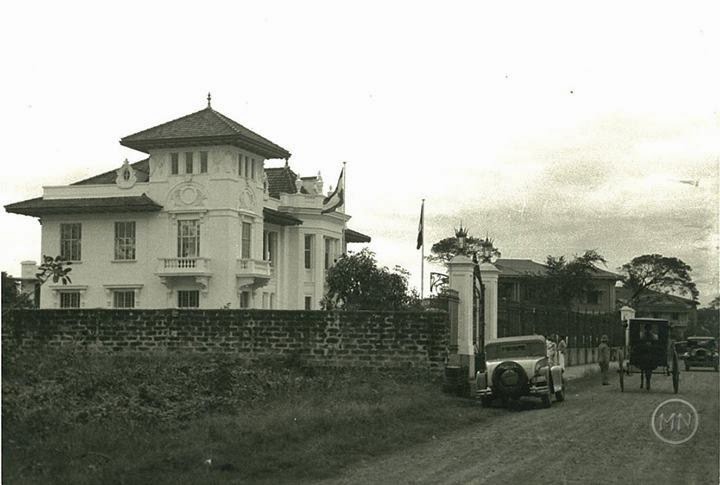 The German consulate in Manila, as seen in the side view. Note the two flags flying from the flagpole. The one visible is the flag of the pre-swastika Nazi Germany. Ⓒ Manila Nostalgia/Lou Gopal

After the war had ended, the house became the temporary home to the National Library. Also around this time, the Laperal family of Baguio purchased the mansion and lived in Arlegui until 1975, when the Marcos government, under the instructions of then-First Lady Imelda Romualdez Marcos, confiscated the property, along with other adjacent properties due to 'security reasons'. Under the Marcos government, the mansion became the office of the National Economic and Development Authority. The mansion was also expanded during this time.

1986 was the year when Pres. Ferdinand Marcos and his family were deposed as a result of the People Power Revolution. Pres. Marcos' successor, the late Pres. Corazon Aquino chose the mansion over the Malacañang. Pres. Fidel Ramos also chose to stay in Arlegui during his presidency. 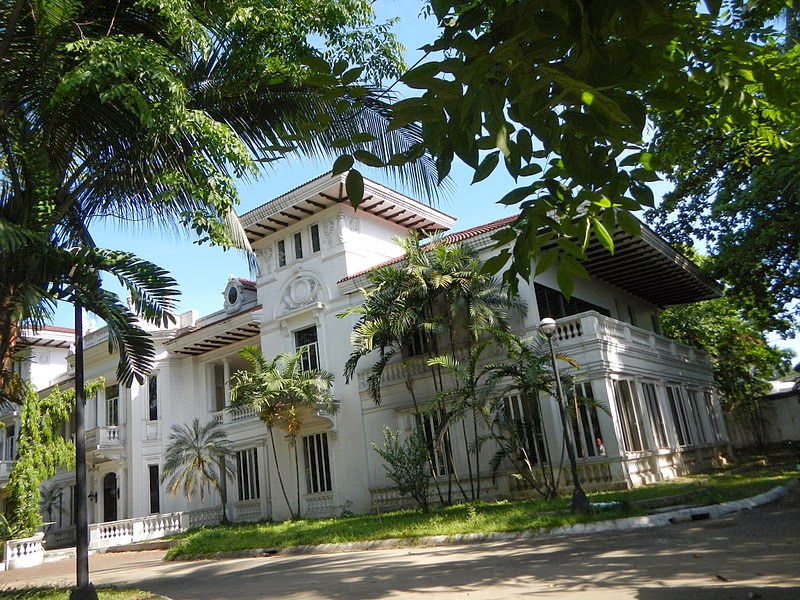 The Arlegui Mansion in 2013. Note that renovations took place during the Marcos presidency as the original house only had one tower. Ⓒ Wikipedia.org