The old business districts of Binondo and Sta. Cruz always remind us that all structures that once stood on its streets were designed in a way that is aesthetically pleasing to the eyes of pedestrians. Of the two districts that boasted its buildings, the Escolta in Binondo definitely gets the upper hand. The five-block long narrow street was once hailed as the 'Fifth Avenue' and the 'Wall Street' of the country as it played an important role in shaping the country's economic, social, and cultural aspects. Because the Escolta gained popularity among Filipinos and foreigners alike, it hosted some of the city's (and the country's) best structures designed by Filipino architecture masters such as Luna de San Pedro, Arellano, Antonio, Ocampo, Argüelles, and more.

Along the stretch of the Escolta, there is a building partially-hidden because of her neighbors' sheer size, waiting to be discovered. It is the Calvo Building. The Calvo Building was a three-(now four) storey building on the corner of Escolta and Calle Soda. Built in 1938 in the beaux-arts style by Fernando H. Ocampo, and his partner Tomás Argüelles, the Calvo was owned by real estate businesswoman Doña Emiliana Mortera vda. de Calvo.

The Calvo is located along the magnificent Escolta, facing her neighbors the Crystal Arcade, Capitol Theater, and the Brias Roxas Building. At a cost of P300,000.00, the construction materials used by the Calvo Building were supplied by well-known establishments such as steel bars supplied by the Republic Steel Corporation, where it was represented in the Philippines by Atlas Trade Development Corporation; cement was supplied by Rizal Cement owned by Madrigal y Cía of the late Senator Vicente Madrigal López, and doors supplied by Gonzalo Puyat & Sons. 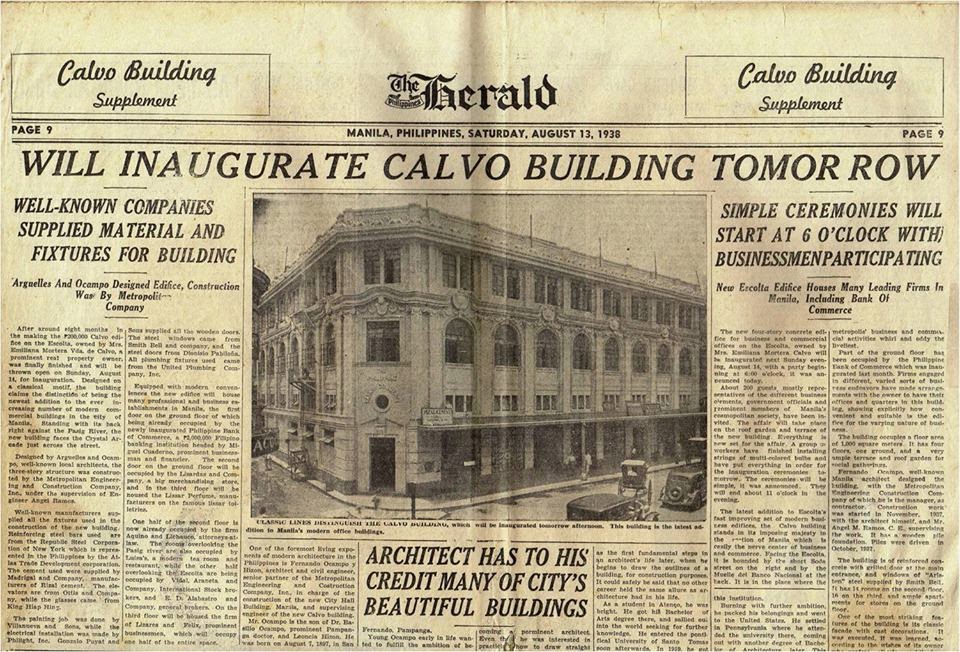 A newspaper special article on the opening of the Calvo Building in 1938. © 98B

After its opening, some of the country's leading institutions set up their offices in the building. The Philippine Bank of Commerce had its offices on the ground floor, the law offices of Aquino and Lichauco attorneys-at-law occupying half of the second floor, and the offices of Araneta and Company on the third floor. 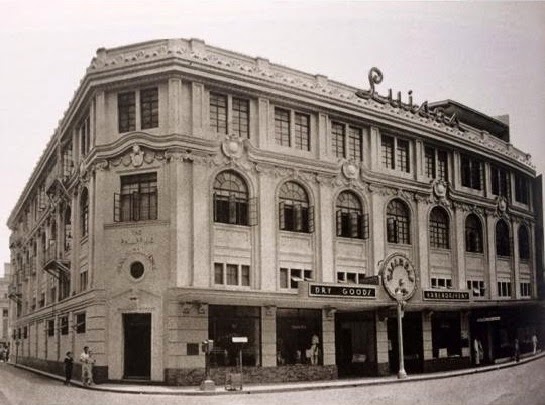 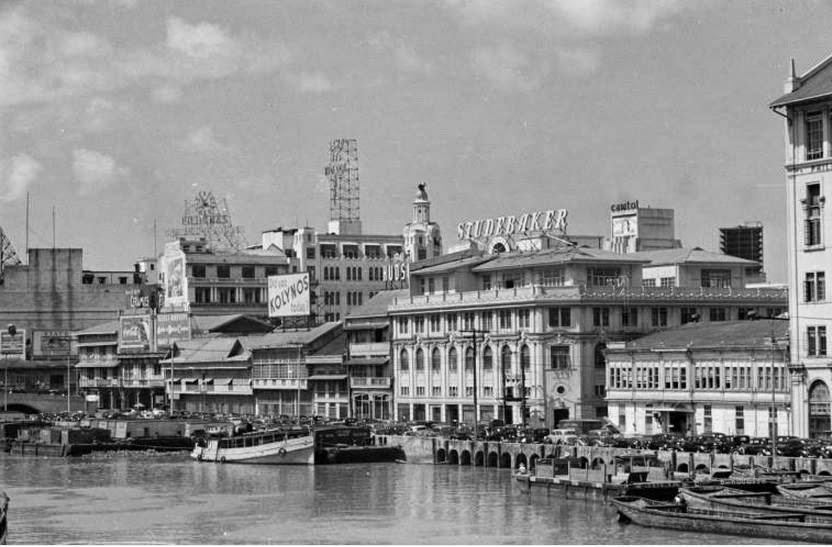 The Calvo Building (third from right), viewed from the other side of the Pasig River. Other edifices such as the old Insular Life Building and the Filipinas Building can also be seen on the photo. © Manila Nostalgia/John Tewell via Lou Gopal

The post-war years saw the rebirth of a new and modern Escolta. Calvo's neighbors such as the Crystal Arcade, Brias Roxas, and Lyric are now gone and replaced by modern structures such as the Philippine National Bank Building. The Calvo Building became the home of American journalist Robert 'Uncle Bob' Stewart's Republic Broadcasting Service, forerunner to DZBB, where it held its first broadcast. 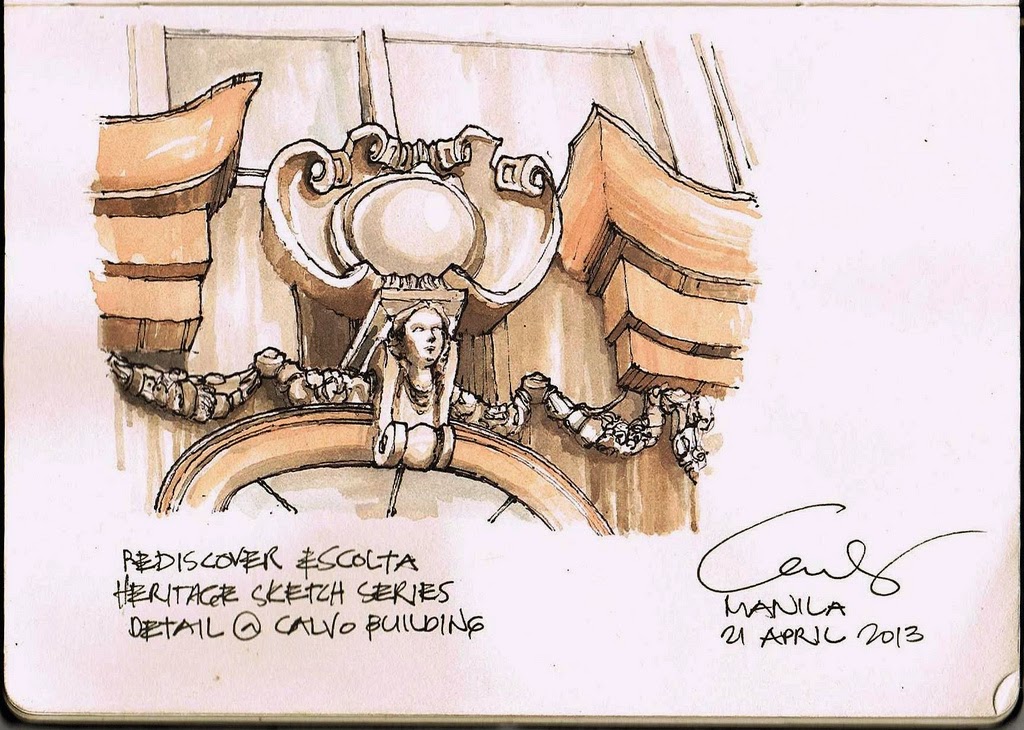 Detailed mascarons of the Calvo Building drawn in ink. © Flickr/strangero19

Today, the Calvo Building now hosts to the Escolta Museum and the offices of the Escolta Commercial Association. The association, which composed of owners whose businesses are located at the Escolta, seeks to rehabilitate the area and revitalize it as a tourist area. The Escolta Museum is located on the second floor of the building where one can see the street's colorful history through photographs and other memorabilia. Also, the museum carries a scale model diorama of the Escolta and other adjacent areas. 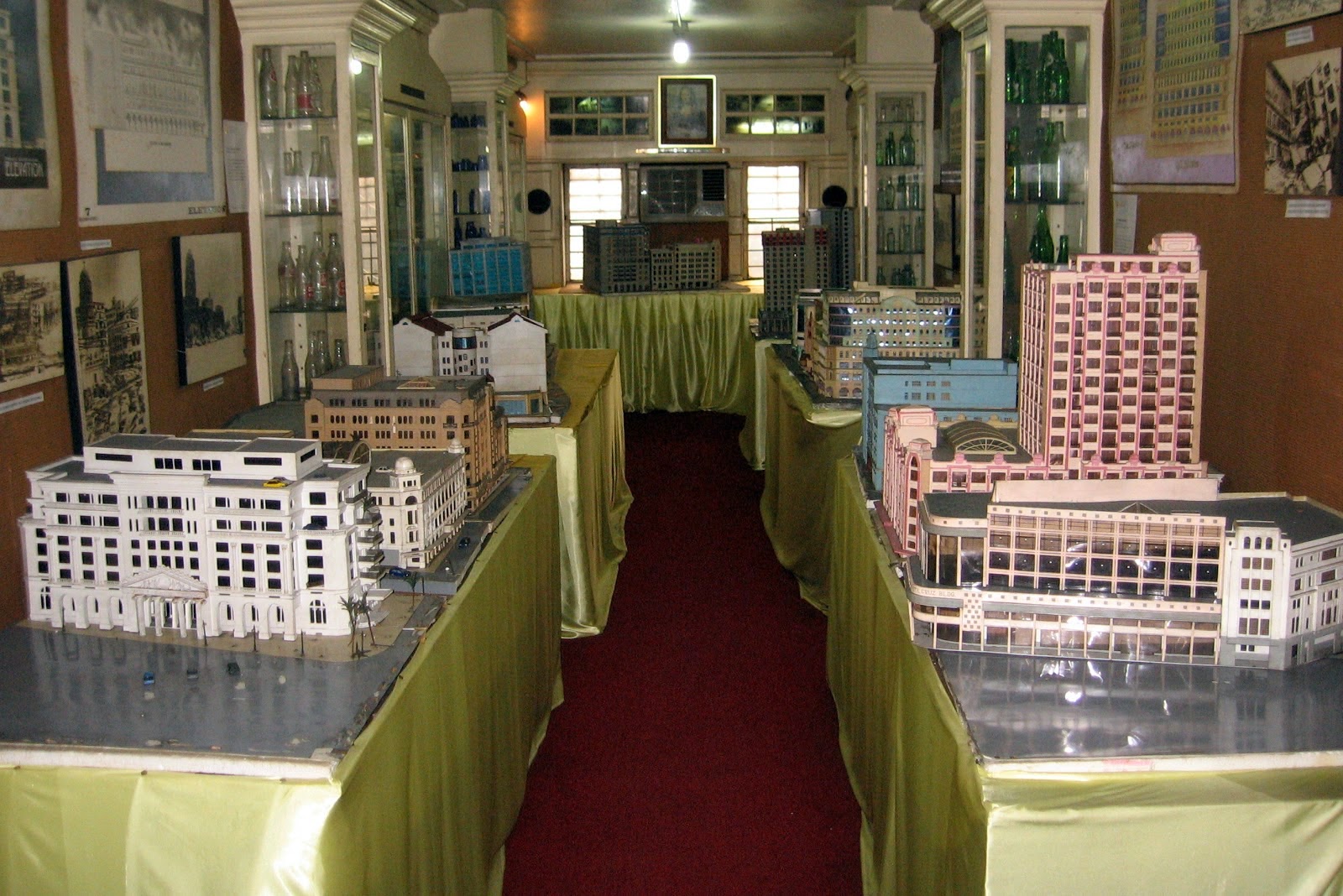 The interior of the Escolta Museum lined with scale model buildings. © Fitzgrace Manila 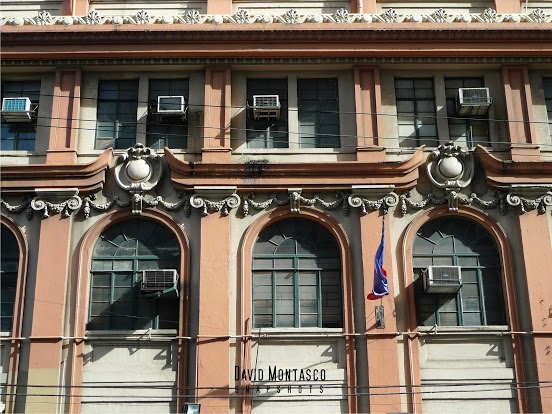