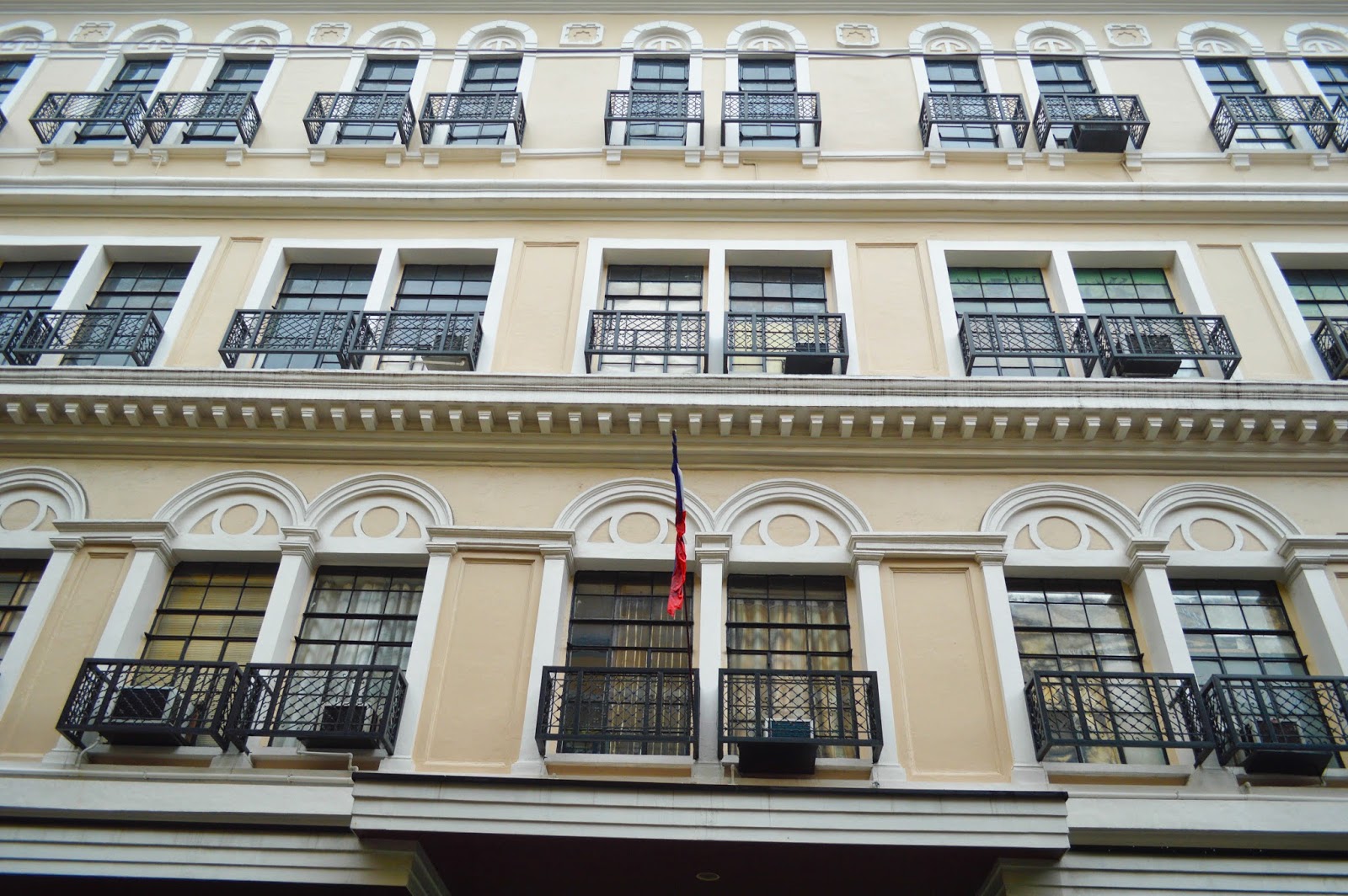 The ever-beautiful beaux-arts Natividad Building along the Escolta. Ⓒ rodrigodeguzman.wordpress.com

The Escolta was long been known as the country's equivalent of New York's Fifth Avenue and Wall Street combined, as it hosted numerous office buildings, shops and department stores, banks, theaters, and restaurants. Buildings that were erected on this famous strip were designed by illustrious architects such as Luna de San Pedro, Argüelles, Nakpil, Ocampo, and Antonio. One building along the famous five block thoroughfare boasts itself as one of the most simple yet elegant pieces of architecture built -- the Natividad Building.

The Natividad Building, built in the beaux-arts style of architecture, was designed by Philippine-born Spanish architect Fernando de la Cantera Blondeau. His other famous work was the old Insular Life Building on the foot of Jones Bridge between Plaza Moraga and Plaza Cervantes. The Natividad is located along the Escolta corner Calle Tomás Pinpin, and is one of only two who sport beaux-arts architecture along the Escolta, the other being the Calvo Building a few meters away. 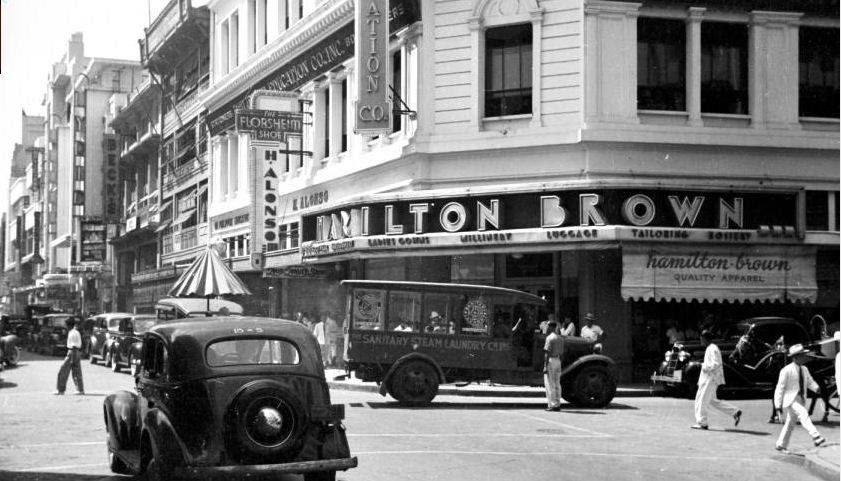 The then-Philippine Education Company (PECO)/Hamilton Brown Building at the corner of the Escolta and Calle Tomás Pinpin during the 1930s. Ⓒ Manila Nostalgia/John Tewell via John Harper 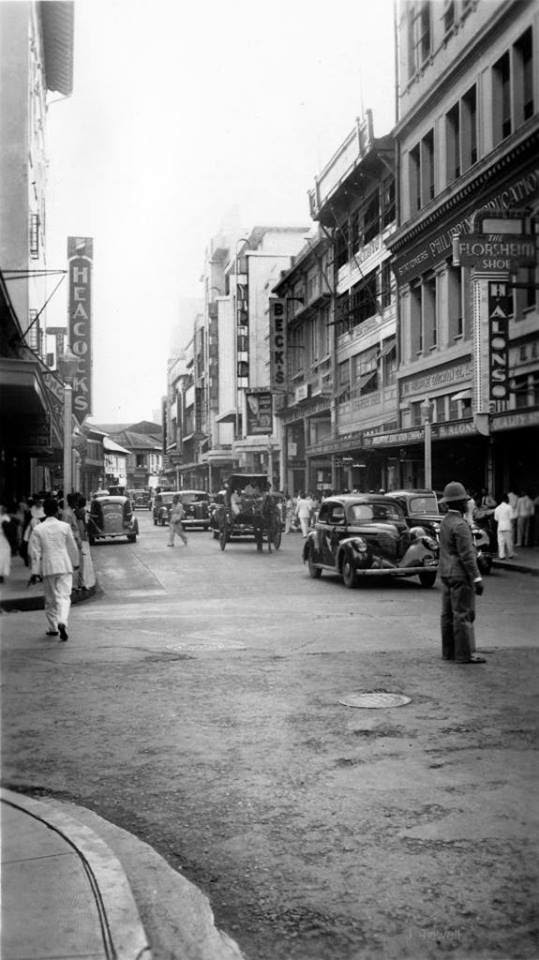 Another photo of the Philippine Education Company/Hamilton Brown Building at the same point-of-view, which was taken during the 1930s. Ⓒ Lougopal.com/Manila Nostalgia

The battle for Manila in 1945 had destroyed more than eighty percent of the city's infrastructure. Luckily, the PECO/Hamilton Brown Building was not razed to the ground, but only suffered minor reparable injuries. 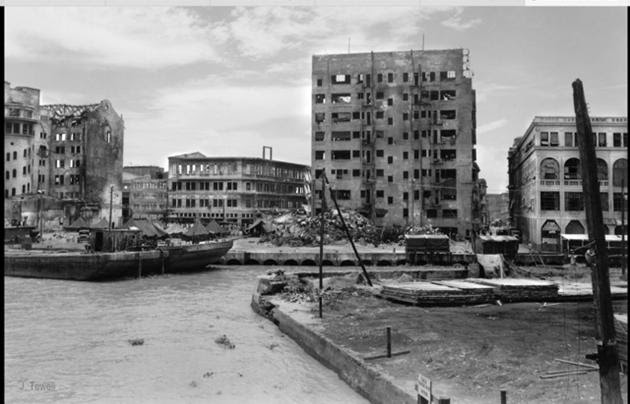 The PECO/Hamilton Brown Building (third from the left) suffered minor injuries during the bloodbath Battle of Manila in 1945. Ⓒ Manila Nostalgia/John Harper

The post-war years saw the closing of the building's anchor tenants, the Hamilton Brown Shoe Store and the Philippine Education Company Bookstore. Because of this, the building was vacant and was bought by Pampangueño millionaire Don José Leoncio de León, the man whose family also bought the Regina Building from the de Ayala-Roxas family back in 1934. Don José renamed the building Natividad, in honor of his second wife, Natividad Joven Gutiérrez de León, sister of his first wife Regina. During the family's ownership of the building, it became the offices of the Insurance Commission, an agency of the government which oversees the insurance industry in the country. 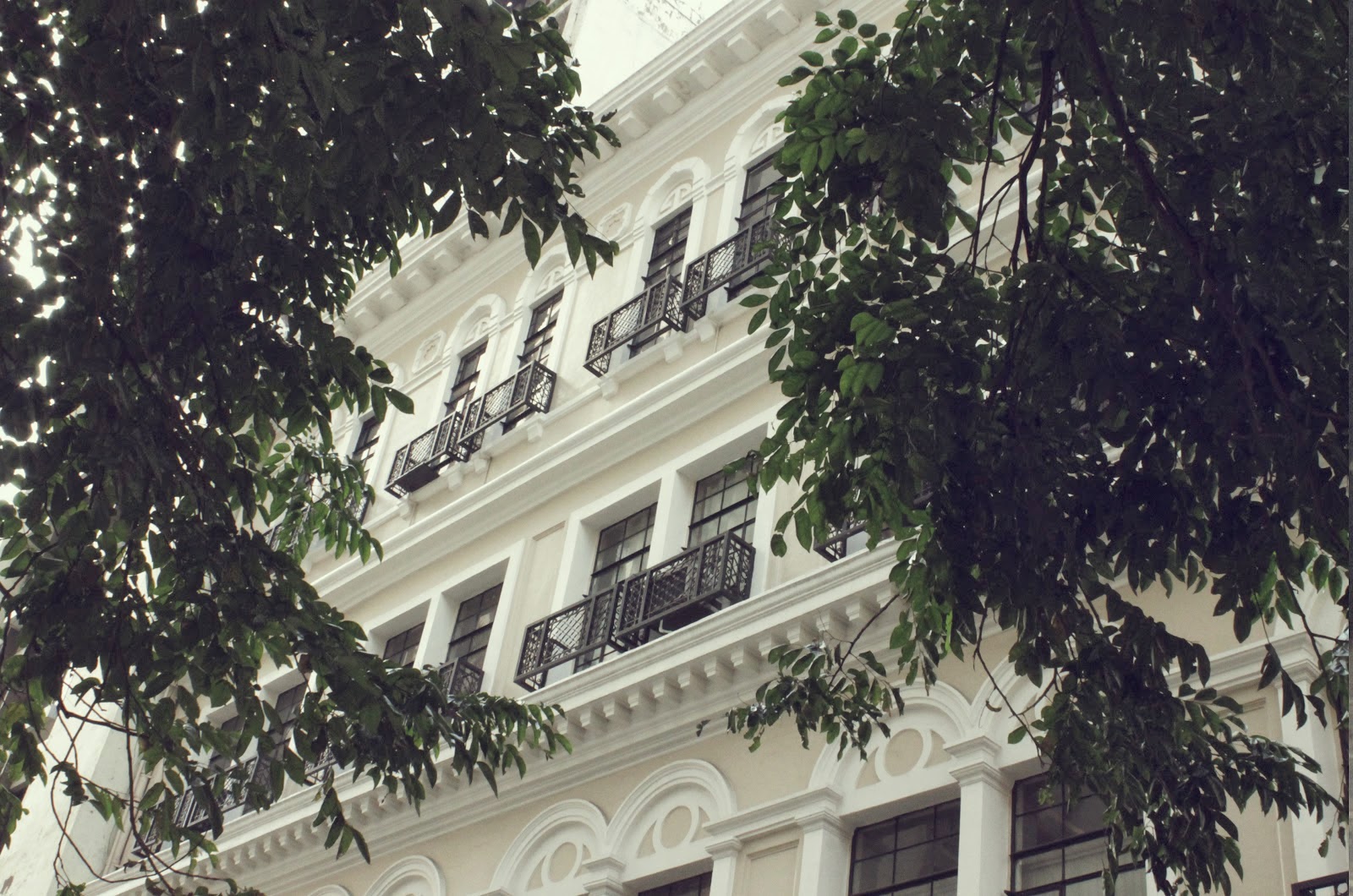 The trees add to the Natividad's Parisian vibe. The building and the whole of Escolta would be great if it were turned into a boutique hotel or maybe a standalone Louis Vuitton boutique. Ⓒ The Filipinas

Today, the Natividad Building is still standing proud along the Escolta, as it is one of the remaining edifices that are still in use. A tourist, or even a local, would feel a Parisian vibe in the area because of the presence of the Natividad. With its beaux-arts architecture and pastel-colored façade, it is definitely one of the city's beautiful structures. Though the Natividad is not as ornate as its neighbors along the Escolta, it really gives a character in how life was during its nearly one hundred years in existence.

Here at A.M., heritage conservation matters. Because the Manila city government had announced its plans earlier this year that it plans to rehabilitate the Escolta-Binondo area, we at A.M. would like to express its all-out support for this plan. In our opinion, we would want the Escolta to regain its former glory, on a modern perspective. To realize this, we would like to suggest that the historical buildings be preserved and turned into something useful and create revenue, such as a boutique hotel, al-fresco dining spaces, or who knows, maybe the Metro's first standalone Louis Vuitton, Prada, or Hermes boutique. 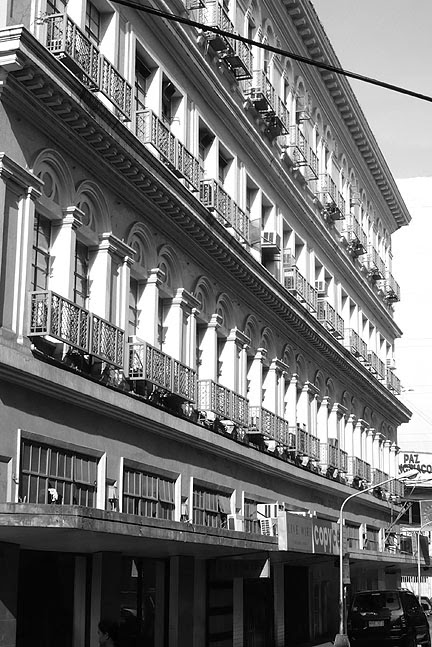 This angle of the Natividad really gives off its Parisian vibe. If the rehabilitation of the Escolta pushes through, it would be beautiful if coffee shops and al-fresco dining spaces adorn its lower floors. Ⓒ Superpasyal.blogspot.com